Who Gets Custody of Embryos? 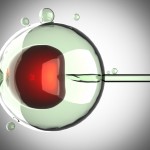 Recent headlines about a Hollywood starlet have raised questions about an issue that didn’t even exist 20 years ago. Sofia Vergara, an actress from the hit show “Modern Family” faced a lawsuit by her ex fiancé, who sued for custody of embryos they created together while they were engaged. This issue is especially complicated because it’s a three-way intersection of conflicting rights: the rights of the embryo (if the state has endowed embryos with any such rights), the right of one partner to reproduce, and the right of another partner to reproductive and personal privacy. Because many states do not have statutory laws addressing this very specific issue, contrary conclusions and confusion is likely to rule courtrooms across the United States.

In many cases where a judge has ruled in favor of one partner, another partner has successfully appealed that decision. It often depends on what either party wants to do with the embryo, and what the legal status of the embryo is. One couple from Washington used the husband’s sperm to create two embryos with a donor’s eggs. The husband wanted to destroy them, the wife wanted to implant them in a surrogate and raise them as her own, and the egg donor was interested in securing rights to them for herself. In the end, the husband won custody, but the wife was soon appealing this decision. A judge in Michigan faced a similar dilemma when a divorced couple disagreed over what to do with their frozen embryos, and again the husband won control, and again the wife appealed. The solutions vary, and it’s not necessarily likely that the outcome of any one case will set a precedent for other similar cases in that state.

One common outcome for many of these cases: if one parent wishes to permit the embryos to develop into children, and the other does not, the court (in most circumstances) will not permit one parent to have the children against the express wishes of the other parent.

In all honesty, what it may come down to is a good lawyer who will be able to steer your case in an agreeable direction. Again, until state legislatures decide how to legally classify embryos and whether or not the subsequent rights of this legal status could outweigh that of the parent’s. If state legislatures decide along the “right to life” thought process that the embryo has rights equal to that of a legal minor in the care of parents or guardians, outcomes for these cases could drastically change.

It’s a legal maze that you may not be able to coherently navigate on your own. If you disagree with your former partner on what to do with shared embryos, you should talk with an experienced family law attorney to best improve your chances of success.