Posted on March 20th, 2015 by Amy Montes in Property division 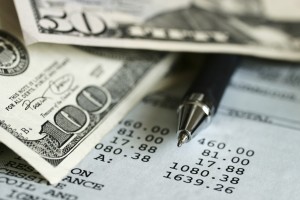 The dividing of assets in separation or divorce can be quite complicated, and going through the process blind is an unquestionably bad idea. Any mistakes could be very detrimental to your financial stability in the wake of your separation, (especially if you have valuable property and/or debt) so it’s best to review the process and your involvement with an experienced lawyer.

In dividing your assets, if you and your spouse can come to an agreement on how your assets will divide, you save yourself from division by the judge. If not, the courts will divide your property according to your state’s property division laws.

In California, each spouse owns one half of the community property, and debt.

In California, some property can simultaneously be community and separate property. In these complicated instances, a lawyer is especially necessary. An example of this would be if either of you had a job before your marriage to which you contributed retirement or pension funding. The financial contributions either of you made to your pensions or retirement before marriage is considered non marital, but any contributions made during the marriage up to the date of separation are considered marital property.

Again, this is a tricky, detailed process, and you may not understand the initial implications of what you’re doing at first. Experienced lawyers can make the difference between a good and a bad deal.