How are we Protecting Victims in This Digital Age? 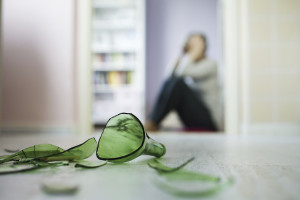 In our digital age where nearly everybody has a cell phone, it has become increasingly difficult for victims of domestic abuse to break away from their abusers. When people are connected in every single way, it sometimes makes it easier for abusers to track down their victims. However, California is putting new measures in place to correct this problem, such as California Assembly Bill 1407. This bill will ensure that victims will gain sole access to their wireless billing accounts and all of their sensitive information so that nobody can take advantage of them. When family plans are in use for cell phones, one account holder can have access to the entire service of the family, making it more difficult for an abuser to get the upper hand.

Family courts will not have the option to order wireless service providers to give account rights to those who need to escape a violent situation. This, in turn, would also transfer phone numbers, contacts, and applications that belong to that specific number. Because victims of domestic violence must leave behind intimate aspects of their lives when they leave, this will be one procedure that will implement some power back into their everyday lives and make them feel whole again.

Other Protections for Domestic Violence Victims

Those who fall victim of domestic violence are offered protections through the state as well as on federal levels. For one, the court system tends to help victims if they decide to build a criminal case against their abuser while filing a lawsuit for assault or battery based on their circumstances. There is also something known as the Violence Against Women Act (VAWA), which offers resources for victims of abuse. By understanding these regulations, you can find out what options you have in the event of a divorce or separation. Call us today for more information on how we can help you.