Imputation of Income in Support Cases

Posted on October 20th, 2016 by Amy Montes in Child Support 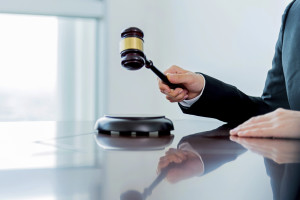 If you are involved in a child support case after a divorce, you may have questions about a process known as “imputation of income.” Imputing income is actually a very simple process that involves the court treating a parent’s income as if it is more than what the parent is earning. For example, take a case where a father was working a full-time job with great pay, but then quit and took a lesser job so that he wouldn’t have to pay as much to the mother. If the court determines that a parent is unemployed or underemployed, the court can impute income.

Courts will almost always choose to place precedence of the child’s right to support over a parent’s freedom to choose a comfortable employment option. This means, if it appears like a family is suffering after an income change, the courts will choose to impute income and help get things back on track. The court will look at the employment choice critically, even in cases involving business owners, and question why the income is so low.

The Big Question: Why Are They Earning Less?

The courts will look at many factors before they make a decision that could potentially hurt or help a party depending on the circumstances. If a parent is unemployed or underemployed, the court will look closely and ask: Why are they earning less than what could be earned? In many cases, the courts will decide to hold a hearing to come to this conclusion so that they can receive helpful evidence because the reduction in income. There are many scenarios that may unfold. Perhaps the parent lost a job because the business downsized. Maybe the parent has a job that relies on commission such as real estate, but nobody is currently buying homes and they are struggling to make money. In other situations, the parent may have been terminated at their job and there are no job opportunities in their immediate vicinity, despite all efforts to find work. These are all legible reasons to downgrade payments that the court has seen before.

Under any of these circumstances, the court will give a parent their chance to have a say. This is why a parent who has been involved in one of these cases should keep copies of evidence that will prove their case, such as copies of a termination notice of proof that they have been applying to other means of employment. As a parent who is no longer receiving reasonable child support, you have a right to request these documents to find out if bad faith was at play. This could virtually prove your case, such as in cases where a parent voluntarily quits a job, turns down a promotion, or delays the receipt of a bonus or commission.

How the Courts Will Help

The courts will look at these cases from all angles to determine the next steps. For instance, they may determine earning capacity, or the amount of money a parent could earn. The courts will make these determinations by studying a parent’s work history, occupational qualifications, skills, and more. If the courts can’t determine earning capacity, then they may use the minimum wage option. This means that they will impute income based on full-time employment at minimum wage.

If you are involved in a child support case that is overly complicated to you, then having an attorney on your side may help you through the tedious process. Call us today for help with your case. We will help you get the income you deserve to care for your family.