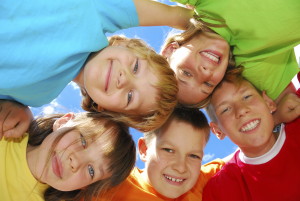 In 1996, something known as the Personal Responsibility and Work Opportunity Reconciliation Act passed, which would lead to a state form used for voluntary paternity acknowledgement. In 2000, something new known as the Uniform Parentage Act came about to establish the parentage of children born to both married and unmarried couples. This would not only help establish parentage through acknowledgement, but would also set standards and rules for genetic testing as well as a process to establish paternity through adjudication. The reason? Blended families are becoming more and more in California, which calls for different laws.

Families in California do not just consist of a child and their two parents anymore – no, in California in modern times, a child could have three or more parents. Take, for instance, a case where two married women have a child who was conceived with a man before the two women married. The second mother in this instance would be seen as a “presumed mother” because she is married to the biological mother. If a case like this were ever taken to court, sometimes the court would find that it could not give parental status to all three parties – but that has changed since then.

Under the new Uniform Parentage Act, an individual can seek parentage if they can meet the requirements in California. This requires that a party receives a child into their home as well as holds the child out as his own. If the step-parent lives with the child and claims the child as their own, this will be no problem to meet. Once parentage is determined, the opportunity to obtain custody becomes a particular matter. There has been an expansion of laws and regulations in this area in California, and it is constantly growing. If you are part of a blended family and dealing with custody matters, call us today for help. We can help you understand the complex laws regarding your case and help you achieve the best outcome.