What Are Some Reasons for Modifying a Custody Order? 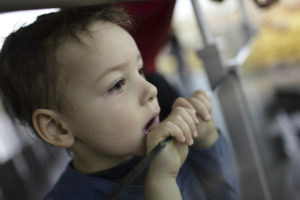 When the courts decide custody matters, they will take many factors into consideration that revolve around the best interest of the child. However, over time many aspects of your order may change and you may wonder how you can fix this. You, as the parent, are able to request that the judge modify your custody order if circumstances call for it. But what are some of the reasons for asking for a modification?

Emotional and Physical Stability: The emotional and physical stability of both the parents and the child should be considered at all times. If a parent’s life is chaotic and puts the child at risk, they may change custody. Some of these situations include a parent who moves frequently, is emotionally unstable, abuses drugs, changes relationships constantly, or fails to make the child available for visitation.

Relocation: If the custodial parent relocates, custody can be changed. Sometimes, the custodial parent’s move dramatically decreases the amount of time that the other parent can see them. If this affects the child’s relationship with their other parent, siblings, and extended family, the judge will take this into consideration.

Preferences of the Child: When a child is of a certain age and intelligence, they may have a say in custody matters. Given the age, the judge may want to hear the child’s opinion on where they reside.

Abusive Situation: If a child is living in a violent or abusive situation, they should be removed from it immediately. The other parent should call the police and file an emergency motion to modify custody if the child has been abused. Even in situations where a parent is sharing a home with an abuser, the child may be taken and the parent will lose custody.

You may have many questions for your attorney when you believe that a modification is in order. When your child is in a position where their life is being uprooted due to the decisions of the noncustodial parent, changes may be in order. It is time to speak to an attorney to make these necessary changes.