Living Together Before Marriage May Prevent Divorce 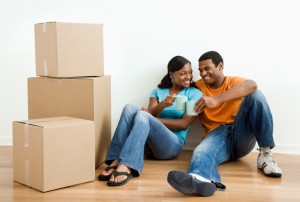 It is no secret that more couples choose to live together before marriage than ever before. In fact, researchers found that 75 percent of U.S. women have lived with a partner without being married by the age of 30.

Many couples choose to live together and put off marriage because of the large price tag that comes with a wedding. Others, however, see it as a “test run” to see if marriage is the right option—a decision that may benefit the couple in the long run.

The U.S. Department of Health and Human Services conducted a study of 12,279 women between 2006 and 2010 to identify trends in cohabitation and the results of living together before marriage. The study found that 48 percent of women interviewed in that time period lived with a partner before getting married, compared to only 43 percent in 2002 and 34 percent in 1995.

The study also examined how the relationships had progressed in the three years after moving in together. The results showed that:

When it comes to divorce statistics, it is the 27-percent category that draws the most interest. If those couples had gotten married before living together, the argument can be made that they would file for divorce at some point (since they were no longer together three years after moving in together). While it is impossible to put actual statistics on these hypothetical scenarios, it is certainly worth considering; living together can certainly serve as a “trial run” for marriage, wherein the consequences of breaking up are much less serious than the consequences of a divorce.

To put it simply, continued practice generally leads to better performance; this rings true for music, sports, public speaking, and plenty of other areas, so why not marriage? Living together before marriage provides a valuable opportunity for couples to practice resolving conflicts, spend long periods of time together, and confront the financial and emotional issues of living with another person. It also allows couples who intend to get married at a later date more time to save money and improve their financial situation before tying the knot.