These are some of the many questions that may arise when a couple is considering getting a divorce or has already decided to get a divorce in California. Most of the time in California, the grounds for divorce are simply that the couple has differences that cannot be worked through and no other option is available. California follows the no-fault divorce code, which simply means that neither person involved in the divorce can allege that their spouse is the reason for the divorce because of any wrongdoing on their part. 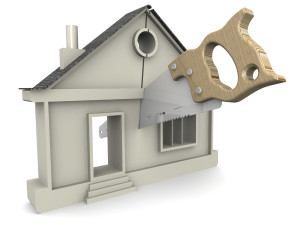 As far as property division goes, the couple going through the divorce can either decide to divide their property themselves, or they can ask a court of law to help them divide their property. When a court of law divides a couple’s property during a divorce in California, all property and debt acquired during a marriage is distributed equally between both parties. Property that was accumulated before marriage, during a legal separation, or as a gift or inheritance, is considered to be separate property and belongs to the party that acquired or was given the property.

Sometimes, there are issues with property that has been accumulated during the course of a marriage because only one of the spouse’s names is on the deed for the property, yet the other spouse has financially contributed to the property, or contributed in other ways. For example, say that John and Jane were married and had three children. John worked through the course of the marriage, but Jane only had a few part-time jobs and spent most of her time raising the children, cleaning, and cooking. The house they lived in is in John’s name, but Jane has contributed to it in other ways. When these two decide to get a divorce, the court will take into account the work Jane has put into the house, and most likely the house will be divided up between the two of them.

Other questions about property division are likely to come up when a couple comes to the decision to get a divorce, and sometimes these questions don’t have a specific answer and are determined more on a case by case basis. For more information about divorce in California, consult with a divorce attorney, or visit montesfamilylaw.com.