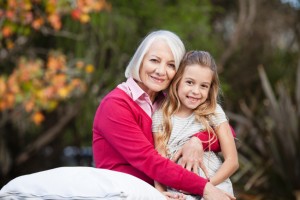 In a divorce or separation that involves children, a crucial part of the process is the point at which the custody and visitation schedules are established. In the past, grandparents have had limited rights when it comes to the custody and permitted visitation schedules of their grandchildren. This is changing, slowly; currently, in all 50 states, there exists some statute that secures grandparent’s right to visitation. However, many newer laws securing visitation rights for grandparents have been declared in conflict with either state or federal law, and have therefore been declared unconstitutional. It really depends on the state in which the visitation and custody arrangements are being made.

In 2000, the U.S. Supreme Court struck down a permissive visitation law specific to grandparents in the case Troxel vs. Granville; it was decided that denying grandparents rights in this case was not tantamount to harming the best interests of the child. However, this case doesn’t necessarily set a precedent for all other cases, and it is possible that another case will surface in front of the court that will show just how insignificant this decision was in deciding the overall necessity of securing grandparent’s visitation rights.

The important concept to focus on is proving that the visitation would be “in the best interests of the child.” Families across America are vastly different; as society’s social roles change and societal restrictions decrease and tolerances increases, our concept of normal is getting increasingly muddled. Likewise, the court’s understanding of “the best interests of the child” is subtly changing.

Custody requirements, for example, is even changing in some states. Typically custody rights are between the two most obvious parties, the two parents or legal guardians of the children. However, this too is changing–grandparents have been permitted to petition for and sometimes are even awarded custody of their grandchildren. Some states go even farther. In Oregon for example, any person who has established a parent child relationship may be able to petition for visitation rights or even custody of the child in question, provided they can prove their relationship and the court approves it as the course of action “in the best interests of the child.”