What to Expect From Your Emergency Custody Hearing 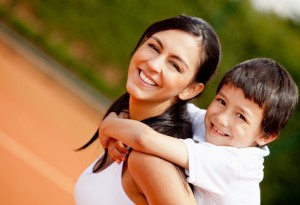 There are many types of custody situations involving the courts. When you feel as if it’s time to return to court to work around some of the issues in your case, you may file for a modification to raise these issues and get a new order. However, what happens if you have an emergency situation, such as a parent who is abusing drugs or one who has threatened to remove the children from the country? These cases surely call for an emergency custody hearing. We will explain how these work and what you should expect.

How the Judge Determines Custody

In these cases, the judge will look at preliminary evidence to make a decision. If one parent has threatened to remove the children from the country, perhaps she will look at messages where the parent is making the threat, or tickets that have been purchased. Based on the circumstances of the emergency, the order could end up granting custody to only one parent.

To receive an emergency hearing on your case, you must sit down with your attorney and file a petition with the court stating the emergency issue and how you want to move forward. Minor disputes will usually not be seen at an emergency hearing, such as one parent keeping the child for a few hours one day even though they didn’t have permission. If the health or welfare of the child was not threatened, then an emergency hearing may not be in your best interest. Some of the situations that may give rise are the presence of a sex offender in the home, substance abuse, or outright refusal to see your child by the other parent.

Taking a Closer Look at Evidence

The judge will only look at evidence pertaining to your case. If there are other issues such as child support issues or problems when diving property, these will be seen at your other trial. You will present evidence that the child was endangered through sworn statements, medical records, reports from child protective services, and more. From there, the judge will issue a temporary order or grant limited supervision to the other parent until they have attended certain classes.

If you believe that your situation calls for an emergency custody order, you should give us a call so we can help as soon as possible. We want you to get the best outcome for yourself and your children. Call us today.