Help… my Ex-Spouse Always Badmouths me to my Child 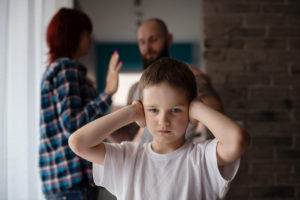 “Your mother doesn’t do it as good as me.”

“The reason why your father is late is because he doesn’t care about anything.”

“Your parent is a liar and a cheat.”

Parental alienation takes place when one parent attempts to interfere with the relationship that the child has with another parent, in a negative way, such as a parent who badmouths. This usually tends to happen in the midst of a custody battle, especially one that has become harsh and unruly at times. When a parent badmouths a  parent, they are showing the child that “they” are the only one who loves the child, that the other parent is dangerous, and that the child has to choose them over the other parent. This is actually seen on a much higher level as psychological maltreatment.

Taking Steps to Stop the Badmouthing

There are many dirty tactics that are used in custody disputes, with disparaging remarks being one of the worst. Luckily for you, you can take legal steps to stop this bad behavior right in its tracks. Judges will often sit down with the parents and tell them to develop a parenting plan, which includes many of the things that the parents are disputing over, including custody arrangements. This is a good time for the parents to talk about the badmouthing and what they can do to work together and communicate properly.

Parenting plans can diffuse negative situations like this and give them an opportunity to talk about what matters most – their child. It ensures that both parents are equally involved with the child, shows them what is most important, establishes a system of how to work through disputes, and puts the child first, where they belong. Anger between parents can come to an end when they sit down and get on the same level with one another.

Because we know how stressful these moments can be, it helps to speak to us about your custody issues today. Let’s get started on your case and work together to squash the problems before they begin. Call us today for more.