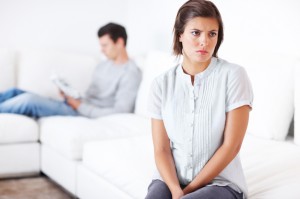 Divorce is a complicated and emotional process, and when adultery is involved, things get even more difficult. While adultery may not affect the initial divorce, it can truly have an impact on spousal support orders and payments.

California is a no-fault divorce state, meaning you do not have to give a definitive reason for the divorce to obtain one. Instead, you can cite “irreconcilable differences” (i.e. fundamental disagreements between the two of you that cannot be solved and have damaged your relationship) as a reason for the divorce. You will not have to testify in court about why your marriage failed, which helps the state save on courtroom costs and helps avoid lengthy, drawn-out, emotional divorce proceedings. The court will not consider any evidence of adultery (or any other type of fault), when deciding whether or not to grant a divorce.

Judges have slightly more leeway when it comes to spousal support, but they are still not able to make decisions based on adultery. Awarding one spouse alimony because the other was adulterous would require treating spousal support as punishment when, in fact, it is supposed to keep spouses from falling into poverty after divorce. Judges cannot consider marital misconduct when deciding if—and how much—spousal support is appropriate.

The only time a judge can consider adultery in a decision to award spousal support is when one spouse has moved in with someone else during (or right after) the divorce. When one spouse is living with another person, the judge can take that into consideration and award the other spouse more support (or reduce the adulterous spouse’s support award, depending on the situation).

The judge will also consider a number of other factors in determining spousal support, including:

The main goal of spousal support is for the receiving spouse to be self-supporting within a reasonable amount of time. The court is more favorable toward receiving spouses in long-term marriages, as those spouses have more “adjusting” to do to re-enter the workforce. Regardless, the goal of the court is to support the less financially stable spouse until he or she is able to get back on their feet and make a living.