Custody When One Parent is Physically Ill

Posted on November 2nd, 2016 by Amy Montes in Children, Divorce 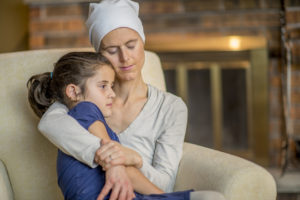 A few years ago, a case made the news because a young mother with Stage 4 Breast Cancer lost primary custody of her daughter and son to an estranged husband due to her diagnosis. The case became a big deal because people questioned whether or not a parent should have to lose custody of their children over something as vital as their health. The children would be placed with their father all the way in Arlington Heights from Chicago, basically left uprooting their lives. This case was seen as “messy” and carried a “high degree of conflict” due to other various factors such as anger management issues and protective orders.

The judge made the heavy assertion that, “The more contact the children have with the non-ill parent, the better they do,” which caused uproar for many following the case. It also changed the gave for many parents who are also living with terminal illness and worry that they will now lose their children due to the ruling of one judge. Many people believe that their diagnosis will be used against them in regards to raising their children. The truth is, in many cases, physical and mental health will only be considered in cases where it is shown to affect overall parenting.

Health of the Parents Affecting Custody

However, in the end, the court’s decisions will boil down to what they perceive to be the “best interests of the child.” The best interests refer to the choices that will encourage the child’s happiness and security through a parenting point of view. The court will make these determinations by considering many factors in your case. If you have any questions about how this works, call us today. We are there for you to help you through your difficult case.