How Both Child Support and Child Custody are Determined 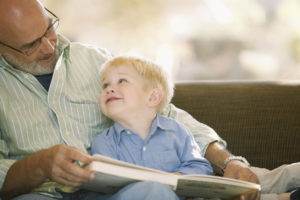 Child custody and support are different things, but in some aspects they are also very similar because they both deal with the care of a child. When child custody is being determined, sometimes support will also become a prime factor. The court will take many aspects into consideration, but the biggest one is what is in the best interest of the child. How will the divorce affect them? What is in their best interest in regards to where they will live and who will support them?

As you know, during your divorce the court will use a variety of methods when they are attempting to determine the custody situation that works best for your family. They will of course consider the child’s best interests. They may also choose mediation when they believe that the situation will turn hostile to settle the dispute. In some cases, parents have even seen a custody evaluator, who will interview both parents and the child as well as watch how the child and parents interact with each other. When the custody evaluator sees everything they need to, they will submit a written report to the court. The court can use this as a way to determine child custody and visitation orders.

However, the judge involved in your case can arrive at these decisions by themselves as well. They may make many recommendations for therapy, parenting classes, parenting plans, and more. These determinations are important because, as with support, they will follow the child through life.

Under law, not only must child custody determinations be made, but the court will also decide who will take financial care of the child until they become of legal age, which is known as child support. The parent who does not win custody will typically pay child support to the parent who is awarded custody. However, these laws vary from state to state.

When paternity of the father is verified (if there were any disputes against such), the court will order the parent to make child support payments. They may also cover other disputes that are related to these financial matters, such as medical care. Some factors that help determine child support in custody cases include parent’s income and assets, medical expenses of the child, costs of daycare, insurance costs, and more. With the help of an attorney, you can discuss these matters and find out what works best for your situation when you are involved in a divorce.