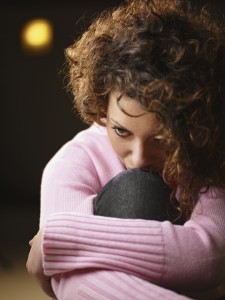 California child abuse laws fall within the Penal Code. Child abuse is generally defined as any form of harm inflicted on a minor, including emotional abuse, physical abuse, sexual abuse, exploitation, and neglect. Often, child abuse charges include assault and battery charges. In addition child abuse provisions are unique in that many states require third parties with reasonable cause to suspect abuse has occurred to report the situation to proper authorities. Every state requires doctors, teachers, day care providers, and law enforcement officers to report child abuse.

Federal law defines child abuse as “Any recent act or failure to act on the part of a parent or caretaker which results in death, serious physical or emotional harm, sexual abuse or exploitation; or an act or failure to act which presents an imminent risk of serious harm.” Child protection laws generally deal with instances of abuse inflicted  by a parent or caregiver, and not abuse inflicted by a stranger.

In California, if an individual has knowledge or reason to suspect a child is experiencing abuse, it is mandatory that they report the abuse to a child protective agency or law enforcement if they are a health practitioner, child visitation monitors, fire fighter, animal control officer, humane society officer, district attorney, school employees, film processors, clergy, social workers, day care workers, police department employees, administrators or employees of public or private youth organizations or day camps. Failure to report abuse or false reporting results in misdemeanor, with up to 6 months in jail and/or up to $1,000 fine.

Unfortunately, child abuse in the United States is more common that one may think. More than 3 million reports of child abuse are made each year, with nearly 6 million children experiencing abuse. 4-5 children are killed due to abuse and neglect daily, and approximately 70 percent of children who die from abuse are under the age of 4.

Every individual is encouraged to recognize and report signs of abuse. A child may be subject to abuse if:

There are a variety of resources available for understanding, recognizing, and preventing child abuse. the physical, emotional, and psychological effects of child abuse can be severe, and they last a lifetime. In California, report child abuse and neglect to your county’s emergency hotline so California Child Protective services can determine whether and in-person response is necessary. If you suspect a child is being abused, always report the situation to local law enforcement.