Can I get my Family Law Records Sealed in California?

Posted on September 24th, 2014 by Amy Montes in California law 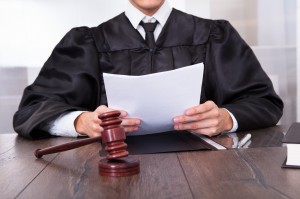 Court proceedings are usually available to the public, including divorce proceedings. Unless the divorce records are sealed, the filings in a divorce proceeding are matters of public record and can be seen by the public. The only exceptions to open court records include information in cases which identifies children and victims and sexual abuse, and a few other exceptions. In California, paternity cases are sealed. However, you can request that your divorce case or other case be sealed, meaning not available to the public.

When a court files divorce records under seal, it means that all the information inside remains private and does not become a matter of public record, due to confidential or sensitive information. A court can order entire records of a case under seal, or just portions of a case.

The court does not decide on it’s own accord to file a divorce case or other case under seal. One or both parties involved in the divorce case must come forward and request that the case be filed under seal. Then, the court decides whether or not to grant a motion to a seal. When making this decision the courts will consider whether the damage to the party asking for the case to be unavailable to the public would outweigh the presumption that court records are open to the public, and whether or not the request to seal is “narrowly tailored.”

Divorce cases are commonly filed under seal for the following reasons:

A party might also request a case to be filed under seal to prevent false allegations about them from becoming open to the public. The false allegations could simply embarrassing information, but it could be libelous and damage one’s reputation. Either way,  the courts will only grant the request for a case to be filed under seal if it is to prevent harm, and a request like this may not cause the type of harm necessary for the courts to intervene and seal the records from the public.

Public benefit of open records include access to court proceedings. Access to court records allows the public to maintain its ability to know what happens in public court cases, as well as what information drives a court decision. If someone would like to seal their divorce records, they must show that the damage they would suffer from having the information in the records revealed would be more important than the public’s right to access court records.

In addition to preventing potential harm, a request to seal divorce records must be “narrowly tailored” when it is sealed. This means it does not seal off more information than necessary. Generally, when courts agree to file divorce records under seal, they seal only as much information as required to protect the interests or confidential information in question. The courts might redact portions of divorce filings instead of sealing entire records.

A request to narrowly seal a divorce case have a better chance than requests to seal all records in the case. When a party is requesting their case or a portion of the case to be filed under seal, they should clearly state the privacy concern and ask the court to redact or seal specific information. Usually, this is more effective than blanket requests to file the whole case under seal based on vaguely worded privacy concerns. If the court issues an order sealing divorce records, you may want to double check that all records which should be redacted or sealed are actually filed under seal.