Alimony Does Not Necessarily End Upon Retirement

Posted on March 30th, 2016 by Amy Montes in Alimony, Divorce

Many people have the misconception that when they retire from their career, they no longer have to pay alimony to their ex spouse. This is not always the case, and before you stop your alimony payments you should research the matter in your own specific case. In divorce proceedings, mediated divorces, collaborative divorces, or negotiated divorces, certain issues that the couple had are negotiated, mediated, argued, and finally an outcome is decided upon. When the outcome of the divorce issues has been decided upon, the couple signs the divorce papers, both of them agreeing and signing a contract that they will no longer be married and that they both agree to the terms that have been reached in their divorce.

Where, then, you may ask does the question of alimony continuing after retirement come in? Unless you and your ex spouse have agreed that when you retire you will stop their alimony payments, then legally you must continue to pay their alimony checks every month. The courts view it in this way: your income may have decreased, but your ex’s expenses have not decreased and they still need the money they receive in alimony to live off of. 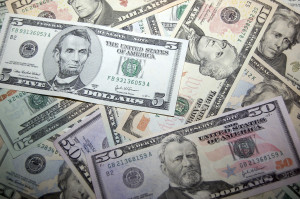 The courts do, however, take into account that your income has decreased and will most of the time decrease the amount of alimony you have to pay to your ex upon retirement. If you retire and are having trouble coming up with the money to pay the alimony, you can take the matter to court and the court will consider your lack of means with which to pay the alimony checks to your ex. In certain cases, however, the wage earner will retire from their career and continue to work, sometimes even making a higher wage amount than they had when they were working in their chosen career. In these cases, the wage earner will have to continue to pay alimony at the same amount that they were previously paying before their retirement, unless they had agreed when their divorce was in its final stages that they would no longer be responsible for paying out alimony payments after their retirement.

Baum, Robert. “Alimony Does Not Necessarily End Upon Retirement of the Wage Earner.”

Alimony Does Not Necessarily End Upon Retirement of the Wage Earner. Resourceful
Internet Solutions, Inc., Feb. 2016. Web. 04 Mar. 2016.A